First Blacks in The Americas

The African Presence in The Dominican Republic

A century between resistance and adaptation 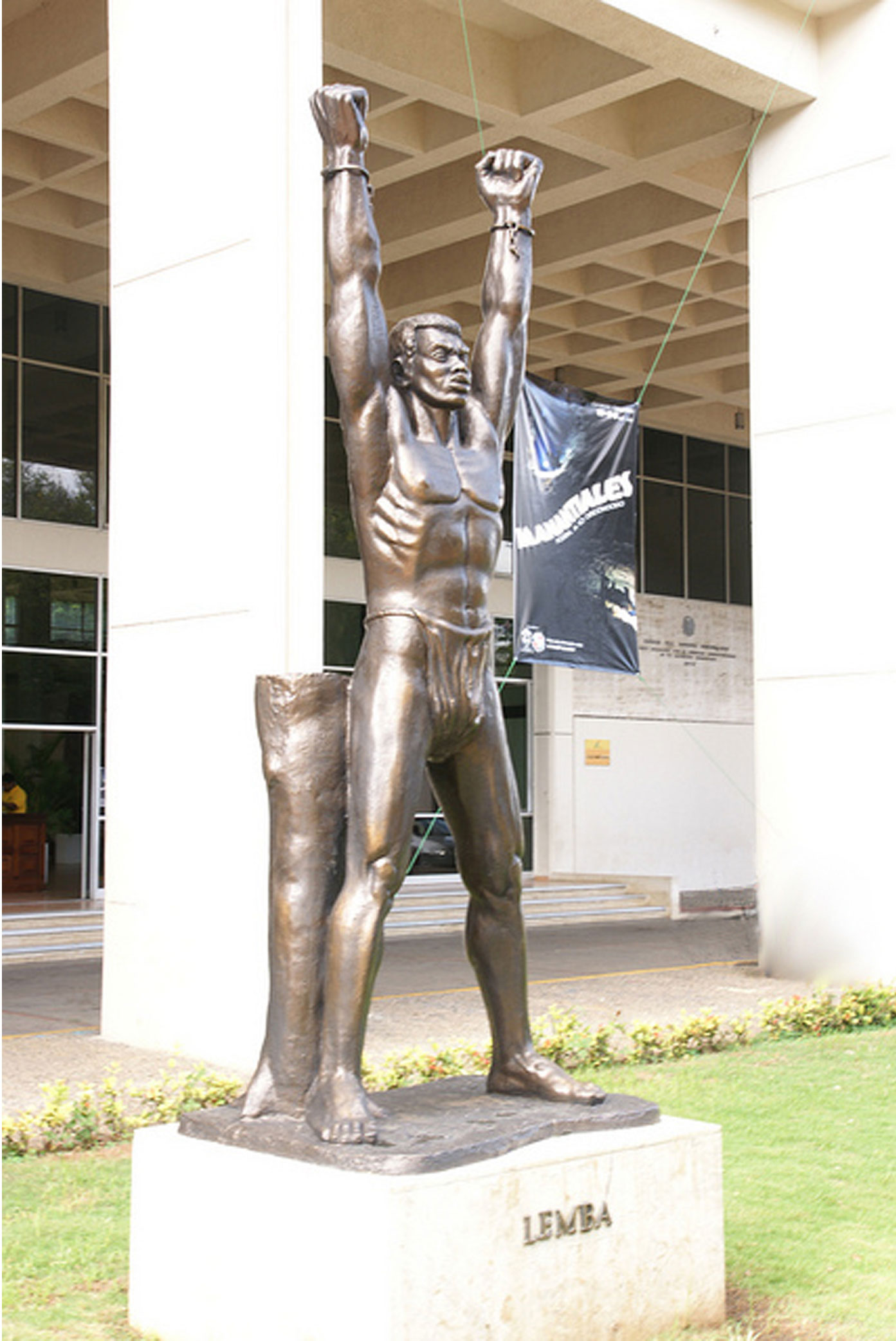 The black Africans who were brought into La Española as enslaved laborers in the sixteenth century began to resist slavery as soon as they landed in this early European colony in the Americas, and they engaged in resisting slavery in a number of ways throughout the century. Sometimes they simply ran away from their new owners and masters, and this was apparently the first strategy they resorted to. (See Manuscript No. 007) The European settler population was very small, and the native Taíno population was in a process of acute decline resulting from the military, economic and biological impact of the conquest, and there was plenty of territory and wilderness in La Española in which it was possible to hide.

When subjected to the most rigorous forms of oppression in the sugar cane plantations of La Española during the 1500s, many enslaved blacks organized violent rebellions against their oppressors, killing and wounding European settlers or their offspring who were intent on exploiting their labor by force. (See Manuscript No. 019) Those who rose violently often became maroons like Sebastián Lemba (see Manuscript No. 062) and formed maroon communities (see Manuscript No. 035) that attempted to maintain freedom from the Europeans for the longest possible time taking advantage of sites deep in the rugged mountains or dense tropical forests of the island-colony. (See Manuscript No. 034)

In some cases, blacks simply destroyed the economic assets of their masters via arson, reducing them and all the wealth they represented literally to ashes. They also engaged in more discreet attempts to eliminate their owners through the poisoning of their food. And there are indications that, in their status of workers constantly expected to obey their masters, whenever the job assigned to them allowed them time away from the sight of the overseers, enslaved blacks exercised the freedom they could by doing things other than those prescribed, including idling and relaxing. (See Manuscript No. 055) Feigning illness was another strategy used by some to avoid imposed work.

For the most defiant, violent, and physically destructive behaviors, rebel enslaved blacks of La Española often paid with their lives, executed, maimed or crippled by their settlers-masters (see Manuscript No. 026), according to a well-defined punishment code. (See Manuscript 017) But that was a risk that a number of them were willing to take for freedom, even if only momentary. There is evidence that the Spanish Crown was aware of the intense eagerness of enslaved blacks to enjoy freedom. (See Manuscript No. 034) And even when facing a possible death penalty, blacks tried to defend themselves by taking advantage of the existing judicial system through appeals. (See Manuscripts No. 029 and No. 030)

A great many of the black Africans and their Afro-descendants of sixteenth-century La Española, though, achieved survival by adapting to the dialectical circumstances of slavery in the colony. These included plenty of space to hide away due to the colony's small population as well as the infrequent arrival of additional slaves to replenish the ranks of the labor force. The scarcity of incoming ships was part of the commercial and navigational isolation of La Española vis a vis the rest of the expanding Spanish empire in the Americas.